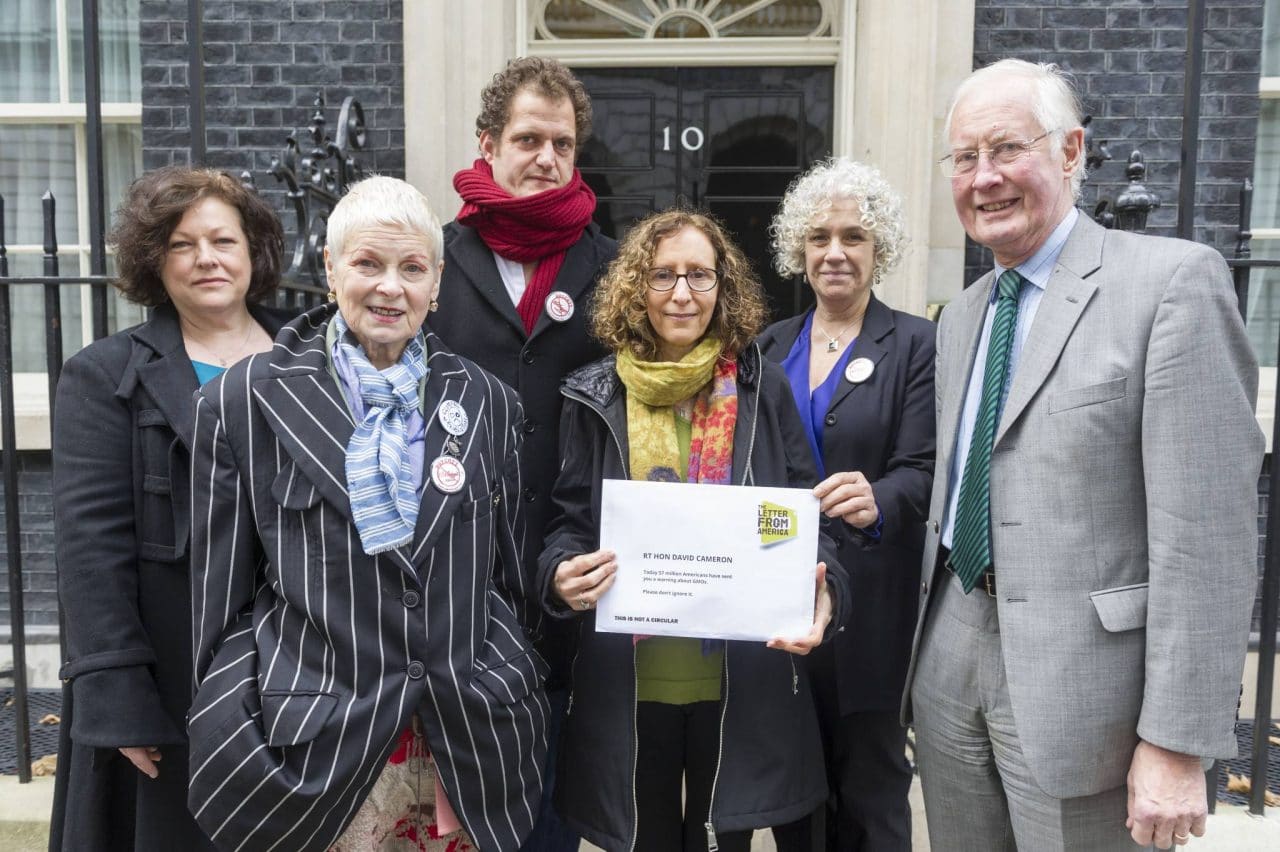 Leading American celebrities from the worlds of film and fashion, activists and progressive businesses leaders are among 57 million Americans who have signed an open letter to British citizens warning of them of the threats posed by GM crops.

The ‘Letter From America’ was delivered to Downing Street yesterday (11 November) by a delegation including fashion designer, Vivienne Westwood, Chef, Val Warner and MPs, Zac Goldsmith and Caroline Lucas. An abridged version of the letter appears a The Times today.

The letter comes at a critical time. In January 2015, the European parliament will vote on whether member states can decide for themselves to grow GM crops or not. If this legislation is passed, the UK could see the planting of commercial GM crops within the next six to 18 months.

The letter highlights the problems and challenges which American farmers, consumers and others have faced over two decades of growing and eating GM crops.

The letter argues that GM crops have never delivered on their promises to increase yields and profits, or to decrease pesticide use.  In fact, it says, they have done the opposite. The cost of growing GM crops meanwhile is now greater than conventional non-GM crops in the US, and pesticide use is 24 percent higher amongst GM farmers than non-GMO farmers planting the same crops.

The fully-referenced letter shows how the environmental harm caused by this increased herbicide has also led to the destruction of vital insect and bee populations. 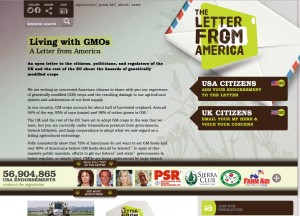 The American signatories of the letter warn that after nearly 20 years of use, GM ingredients are now everywhere in their food chain – over 70 percent of all processed foods in the US contain them. As a result, traces of glyphosate – the active ingredient in in the herbicide Roundup – have been found in high levels in the breast milk and urine of American mothers as well as in their drinking water.

The American signatories believe their experience of using what they call a “failed technology” serves as a warning to other countries about to embark down the same road.  They conclude that GM foods “has never really been about public good, or feeding the hungry, or supporting farmers.  Nor is it about consumer choice. Instead it’s about private, corporate control of the food system”.

Pat Thomas, the campaign director of British group, Beyond GM, which has coordinated the UK campaign, said: “The American experience of GM shines a light on how our food future will unfold if we continue to race pell-mell down the road to a genetically modified Britain.”

A spokesperson for NYR Organic said: “We have all the tools to hand right now to feed everyone, to ensure that our farms and fields are healthy and productive and to ensure that our food and our lives remain free from adulterants like GMOs and their potential unintended consequences. We simply require the presence of mind, and perhaps the courage, to let go of an old and inadequate technology that interferes with rather than enhances Nature.”