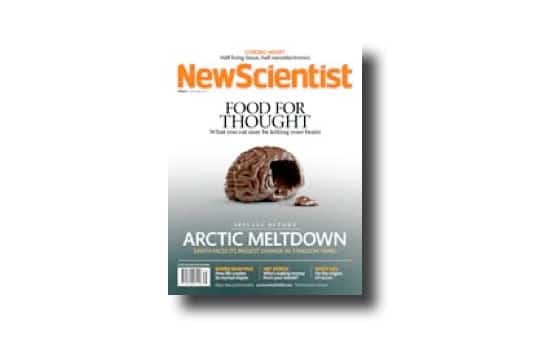 A growing body of research suggests that Alzheimer’s disease is actually a form of diabetes, reports New Scientist.

Some scientists are already referring to Alzheimer’s as ‘type 3 diabetes’, says the magazine – which warns that the Western world could be facing “the ultimate food scare”

Until recently insulin has been typecast as hormone primarily responsible for regulating of blood sugar, says the science weekly. But there is now growing recognition in the scientific community of insulin’s role in the brain. Insulin, it turns out, also helps neurons in the brain take up glucose for energy and serves to regulate a class of neurotransmitters that are crucial for memory and learning.

In the same way that when people regularly gorge on fatty, sugary foods their insulin spikes repeatedly and sticks at the higher level eventually leading to insulin resistance, scientists suggest the brain too could become overwhelmed by high insulin levels resulting in permanent neural damage.

Ewan McNay, of University of Albany in New York, told New Scientist: “The epidemic of type 2 diabetes, if it continues on is current trajectory, is likely to be followed by and epidemic of dementia.”

Scientists who are “desperate for an effective therapy” for Alzheimer’s, says the magazine, are now hoping that drugs can developed that can target underlying insulin resistance. In the meantime, it suggest, eating healthier foods and taking exercise could be the best way to reduce the risk of dementia – and may even reverse or decelerate its effects in Alzheimer’s patients.