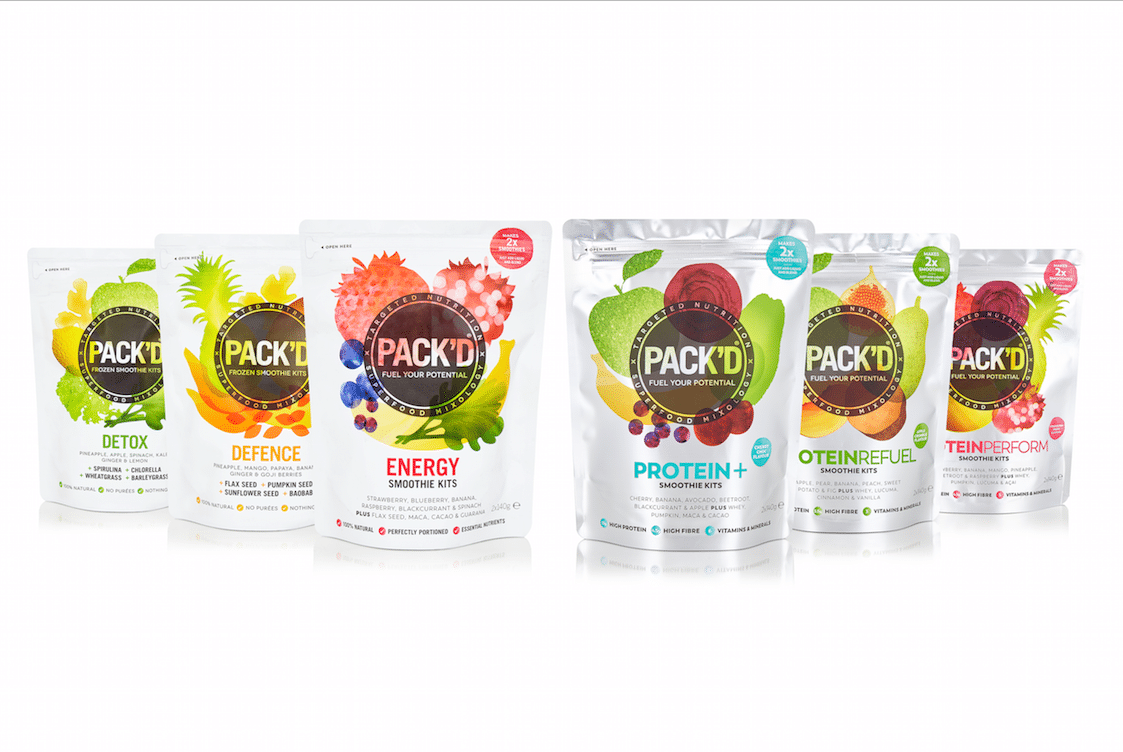 PACK’D functional smoothie brand has taken to Crowdcube for its latest crowdfunding campaign with a target of £500,000 in order to facilitate the start-up’s next phase of growth.

Thomas Fudge has entered the flatbread category with the launch of three flavours, designed to pair with dips: Cheddar & Shallot; Chickpea & Sesame; and Tomato & Red Chilli.

Childs Farm natural skincare brand has announced the launch of its children’s range in Sainsbury’s.

Piccolo has teamed up with Tommy’s on a special limited-edition multipack Olympic Oranges and will be donating 5% of profits from every box directly to support the charity.

Kallø has secured a listing in 80 WHSmith stores for its new low-calorie Popped Snacks range.

Benevo Vegan Pet Foods has been presented with the Queen’s Award for Enterprise in International Trade, acknowledging its outstanding growth in exports in recent years.