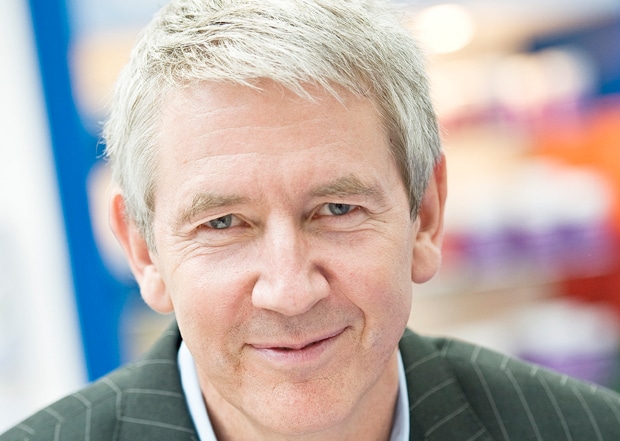 This week global drugs industry giant GSK was hit with an eye-watering $3 billion fine after pleading guilty to healthcare fraud. Why not give us the money, says Patrick Holford – we could start a nutritional revolution!

GSK has pleaded guilty to criminal charges relating to anti-depressant and diabetes drug frauds and agreed to pay $3 billion. That brings total fines against big pharma to almost $14,000,000,000! Why do we put up with it?

These fines relate to hiding clinical data on side-effects, thus allowing people to be damaged by drugs held out to be much safer than they are, and illegal marketing activities such as persuading doctors to prescribe drugs ‘off label’ for conditions they are neither licensed to treat, nor have evidence of being effective, and also bribing doctors. If you’d like to read more on the details on the GSK fines just google ‘gsk fine’. Worse than that, GSK sat on evidence that their diabetes drug, Avandia, was increasing heart attacks. Mr Witty Chief Exexutive of GSK says, ‘We’ve learned from out mistakes’. Several thousands of people have probably died as a consequence. Why can companies pay a fine and walk away scott-free? In any other circumstance, someone would be behind bars if they knowingly allowed thousands of people to die unnecessarily in the interests of making more profit. Anyone in their right mind knows that it’s sugar that’s driving diabetes, not a deficiency of new drugs.

Jerome Burne and I covered exactly these kind of practices in our book Food is Better Medicine than Drugs – http://www.patrickholford.com/index.php/shop/bookdetail/262/ –  and suffered years of attack as a result. What I find truly extraordinary is that here in the UK exactly the same illegal, immoral and harmful shenanigans are going on every day of the week yet our government does nothing. Here we are in a recession, services and jobs being cut, belts being tightened and meanwhile companies like GSK, the fourth largest corporation on the planet, are making mega profits.

As a result of this $3 billion fine announcement GSK share price went up! Why? Because investors obviously breathed a sigh of relief to hear the slate of past transgressions is to be wiped clean. Against the vast profits what’s a $3 billion fine

Imagine what we could do with $3 billion. You really could start a nutritional medicine revolution. As a starter you could easily give everyone free vitamin C! Just think how many days off sick, and increased productivity, that would deliver.

Why is the UK government so chicken on health policy? With a million employees in the NHS no politician wants to touch this sacred, and very expensive cow. What would it take to turn the corner and turn this fastest growing failing national disease service, into a real beacon of light, a real national health service, with prevention at the core?

If any food with more than 10% of calories as sugar was taxed, just like alcohol and cigarettes, and a warning put on the label, that would be another source of revenue to fuel a health revolution. If New York and the US can do it why can’t other cities and countries?

The government agency that polices the drug industry is the MHRA, but its powers are gradually moving over to the European Medicines Agency (EMA). Back in September 2010 – http://www.patrickholford.com/index.php/blog/blogarticle/817/ – I warned you of the dangers of Avandia, the diabetes drug that the EMA, who had met in secret, had agreed should be banned but did nothing about it until a Panorama exposé.

We should be demanding transparency, both in filming meetings, funding and conflicts of interests in advisors and employees of the EMA who should be protecting us and are failing badly. It’s our investments in drug companies, through ISAs, and acceptance of their products, that keeps the wheels turning. Think twice before you take a drug, especially a new one. The long-term risks often outweigh the short-term benefits.