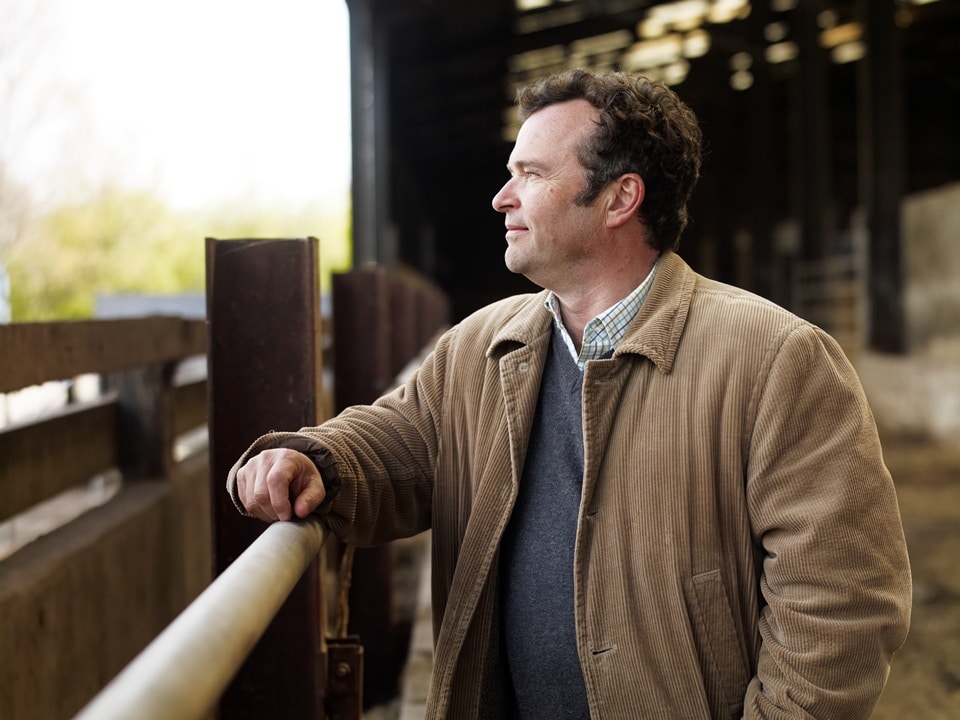 Yeo Valley is the British organic industry’s biggest success story. Tim Meads has been running the businesses since 1990 and tells Michael Wale why ‘Britishness’ is at the heart of the brand

At the height of the X Factor’s televisual popularity three years ago Yeo Valley Organic took a £3m gamble on a two minute commercial with a rap treatment of organic farming that was so popular it went viral (‘Yo, I’m rolling on my Massey on a summer’s day’ – remember?).

Tim Mead, who runs Yeo, says that the commercial had such an effect that the organic dairy firm is benefitting to this day with a near £25m growth of the company in the past 12 months. “We did it to make people take notice of us. To turn that awareness of us into actually buying our yoghurts  – and once people had bought them, liking them and staying with us. That is the task we set ourselves”. And that is exactly what has happened.

Category challenging
Mead hired BBH to make the commercial for  £3m, with a bit of pro bono help. But the fact that it was directed by the Canadian Julien Lutz, more famous for making pop videos starring Jay-Z, Kanye West, John Mayer and Usher, was to bring to it the daring (and category challenging) element that made it so unforgettable and popular with the public.

Looking back Mead reflects: “We had bugger all money in advertising terms. But the agency did a fantastic job for us. There is an idea was that if you haven’t got a lot of money you can get really creative stuff in its place. That’s what happened. People still remember it to this day”

Yeo is based on the family farm in Somerset’s beautiful Yeo Valley. It had been run by Tim Mead’s parents, Roger and Mary Meads, for many years. Although he had been involved with farming actively since the age of 12 and was quite used to milking the cows, when it came to the time for him to start work Tim Mead explains : “ My father thought I should get a proper job. So I went to London to study accountancy and became an accountant. Frankly I wasn’t a very good one. And I returned home to the farm”.

His parents had already started the yoghurt business. Four years after he returned home in 1990 his father died in a farming accident and he took over the business. He recalls: “When I first took over running the company the business wasn’t even big enough to pay me a salary.”

Remembering those early days he tells me: “The first five years were the hardest to grow. We got to £1m turnover, then three or four years on another £1m. It was steady and consistent growth. Then it gradually increased again over the next five years”

Bucking a trend
The magnitude of Yeo’s business success is mirrored by its turnover in the past 12 months, reaching nearly £300m –  and still a private company. All this growth coming at a time when the market for organic produce has shrunk. Mead attributes part of that success to the ‘Britishness’ of the brand and the fact that consumers like to know their organic food comes from the British countryside – and somewhere they can see.

Mead is ever aware, and talks lots about, the giant overseas businesses Yeo Valley has to compete with. “We sell one in every 20 pots of yoghourt sold in the UK. For a private company that is quite remarkable. People keep telling me how successful we are. In global terms we aren’t, but in terms of organic we are a success.”

And for farming organically, which his family have always done, Mead says : The principles involved in organic farming are just common sense methods that should be employed across farming. Apart from producing milk

from the two family herds numbering just over 400, Yeo buys in from the organic milk collecting company OMSCO, as well as several other local organic farmers. 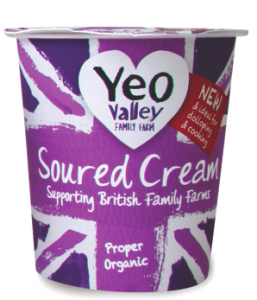 Putting the impact of imports into perspective, Mead tells me that “300,000 tons of yoghurt comes into this country from abroad every year. That is one truck load every half hour from countries as far apart as America, Canada, Poland and Portugal”.

Buy British
An indication of Mead’s strength of feeling about his products being truly British could be seen in the decision during the recent Buy British farm fortnight to remove Yeo’s branding from 5% of its yoghourt pots and re-place it with the simple large lettered message Buy British. He adds that the 5% were Yeo’s best sellers over that period.

The company’s impressive expansion means it now employs 1,650 people on its farms and at its processing plant, two yoghourt dairies, ice cream dairy and a butter and milk plant.  Putting Yeo Valley’s undeniably impressive  growth into perspective, Mead hints at the enormity of the task of getting organic dairy production even to approach conventional. “Organic milk sales over the past two years has risen to 35 million litres. That is like a grain of sand on Weston beach compared with the five billion litres of milk that are marketed annually.”

So where does the British organic industry’s most successful business go from here? We can probably can expect more of the same: sustainable growth, creative marketing and a passionate support for British organic dairy farming. What we’re very unlikely see is sales growth for sales growth’s sake. As Tim Mead puts it “more is vanity, profit is sanity”.