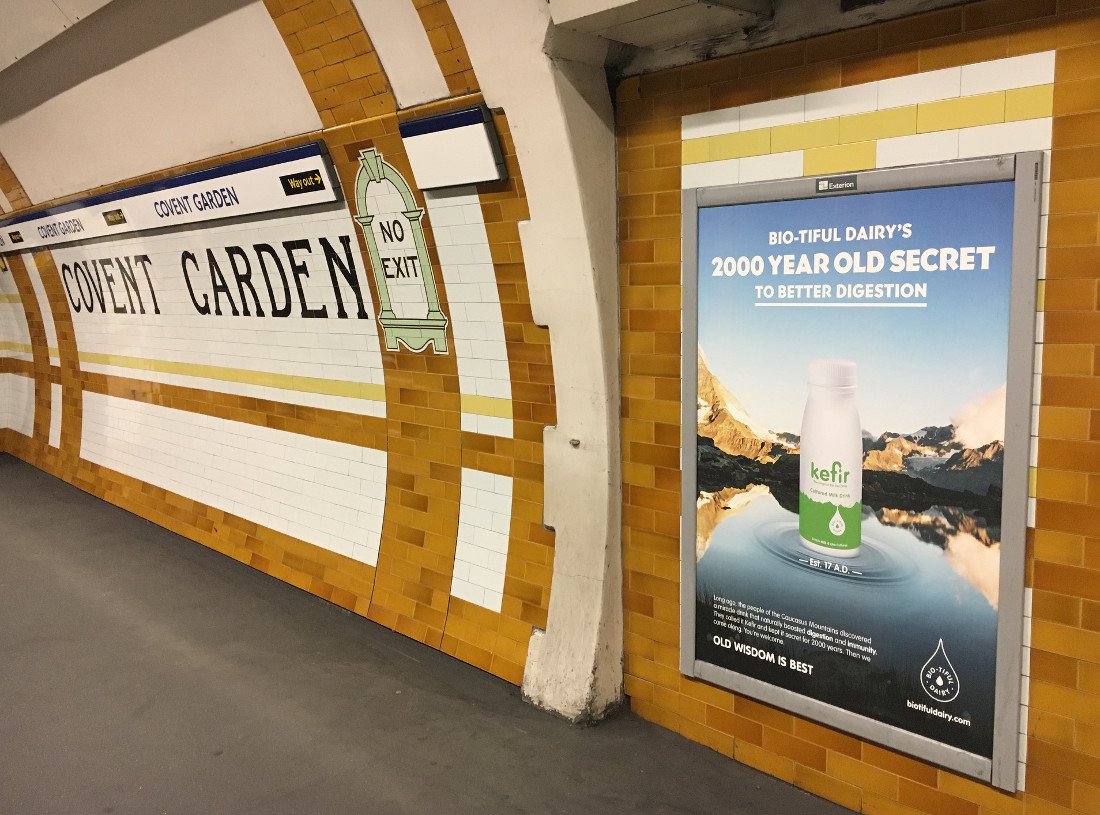 The Advertising Standards Authority ruled this week that use of the phrase ‘long life’ in a promotional poster for a kefir drink breached advertising rules.

The ASA was reacting to complaint about poster on the London Underground which included the text: “BIO-TIFUL DAIRY’S 2000 YEAR OLD SECRET TO BETTER DIGESTION … Long ago, the people of the Caucasus Mountains discovered a miracle drink that naturally boosted digestion and immunity. They called it Kefir which means ‘long life’.”

The complainant challenged the “long-life” claim, which was subject to Regulation (EC) No. 1924/2006 on nutrition and health claims made on foods (the Regulation), as reflected in the CAP Code.

Bio-tiful Dairy Ltd t/a Bio-tiful Dairy said “Long life” was not a health claim and that the ad simply stated that the word ‘Kefir’ meant ‘Long Life’ (in old Turkish, from the Turkish work “keif”). They said the ad did not state that Kefir specifically made you live longer.

But the ASA considered that, in the context of the ad – and surrounding health claims on the poster (relating to digestion and immunity) – consumers “would understand ‘long life’ to mean the product had general benefits for overall good health and health-related wellbeing, regardless of whether the claim that ‘kefir’ meant ‘long life’ was factually accurate or not.”

Picture: Amended version of the Bio-tiful poster minus the long-life ‘claim’