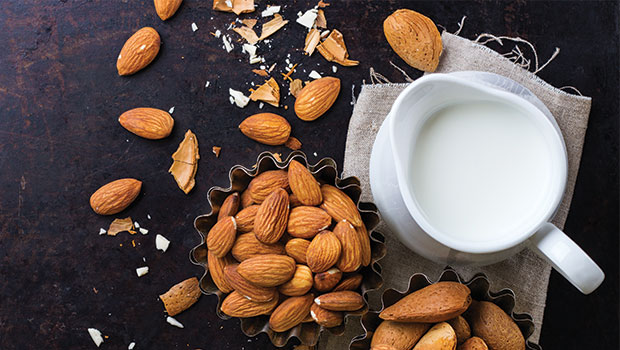 The European Parliament has voted to ban dairy-related terms being used for plant-based alternatives but has given the go-ahead for meat-related descriptions.

The vote on Friday (23 October) to decide whether meat-related terms could be applied to plant-based products was part of a wider debate on changes to the Common Agricultural Policy. MEPs voted down amendment 165 by 379 to 284, meaning that terms like ‘burger’, ‘steaks and ‘escalope’ can still be used for vegetarian/vegan alternatives.

However, despite plant-based brands being banned from using terms like ‘butter’ and ‘cheese’ in 2017, MEPs voted to further prohibit indirect references such as ‘yoghurt-style’ and ‘cheese alternative’. Critics say this will have a far-reaching impact on the dairy alternative sector.

“Plant-based products are already banned from using terms like ‘milk’ or ‘butter’ – despite there being not a single piece of evidence to suggest consumers are confused by these denominations,” says Louise Davies, head of policy at The Vegan Society, commenting on the decision.

We are perplexed by this decision by MEPs who should be doing all they can to support the consumption of plant-based products to address the growing climate crisis, which is largely caused by animal agriculture

“Adding in a further restriction to stop terms that liken plant-based foods to dairy, such as ‘alternative’ or ‘style’, is going to stop manufacturers from accurately describing their products and mean that consumers actively seeking to reduce their environmental impact and shop more ethically will be poorly informed.

“We are perplexed by this decision by MEPs who should be doing all they can to support the consumption of plant-based products to address the growing climate crisis, which is largely caused by animal agriculture.”

Jasmijn de Boo, VP of ProVeg International, adds: “Although we welcome the European Parliament’s vote against the introduction of naming restrictions on plant-based alternatives to meat, where common sense has prevailed, we deeply regret its vote in favour of far-reaching and entirely unnecessary restrictions on the descriptions of plant-based dairy products.

“It is inconceivable to us just how the European Parliament could take such different positions on such similar proposals … It is also a major blow to the plant-based dairy sector, one of the most innovative and sustainable in the wider European food industry. Plant-based dairy businesses could now be saddled with significant financial burdens and practical challenges around renaming, rebranding and remarketing of products and the potential of high legal costs.”

“There is still hope, however, that the outcome of today’s vote will not turn into legislation,” she says. “The European Commission and European Council must both also decide on the matter. There is also a very small chance that the CAP reform, the package of which the ban is only a small part, will fall as a whole – in which case everything, including this ban, goes back to the drawing board.”