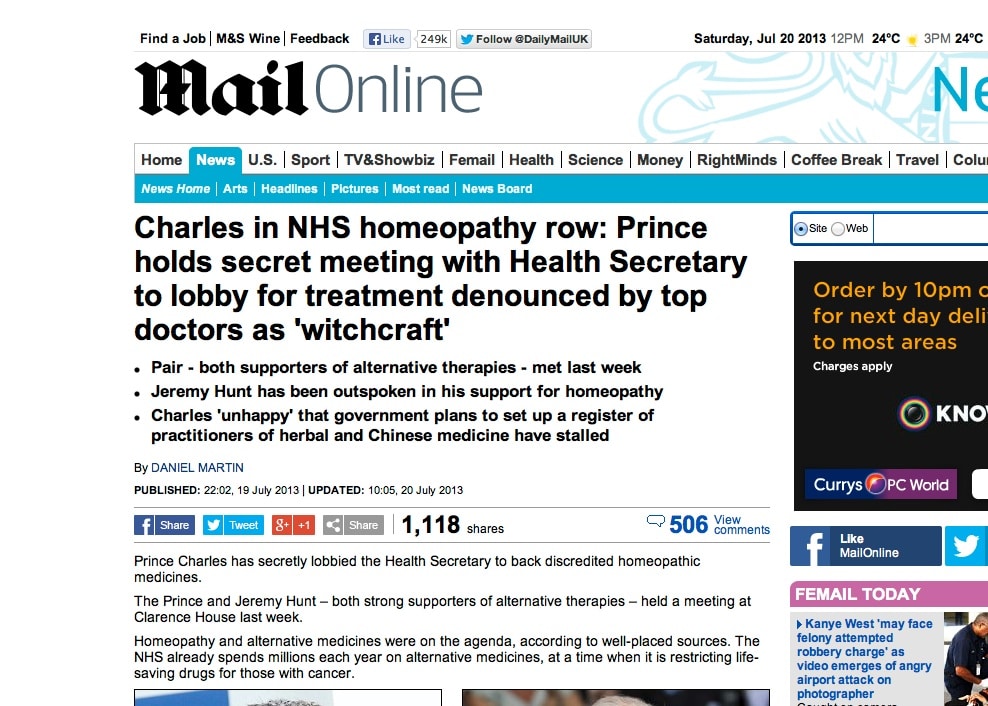 The Times and Daily Mail report that Prince Charles met privately with the health secretary Jeremy Hunt at Clarence House last week to discuss the future of homeopathy in Britain.

Homeopathy has been under sustained attack from parts of the medical and scientific establishment who want to see all NHS funding for homeopathic clinics and treatments withdrawn. It has also been the subject of a recent controversial ruling by the Advertising Standards Authority (ASA), which threatens a blanket-ban on efficacy claims for homeopathic medicines.

The Prince is also believed to have raised concerns that Government plans to introduce a Statutory Register of Herbalists have stalled and could be about to be abandoned by ministers.