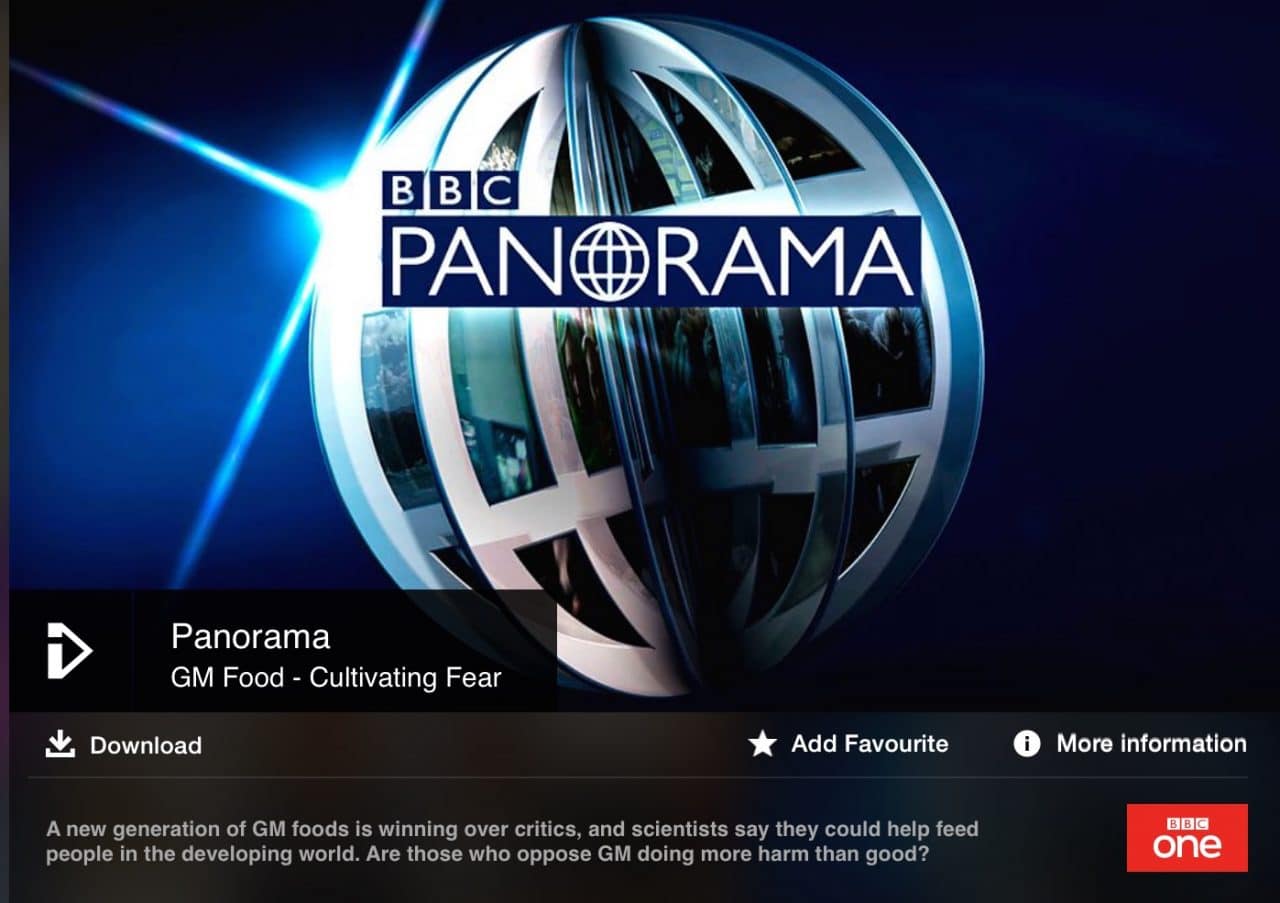 That’s the question raised by the head of the Soil Association, Helen Browning – a contributor to the programme, which was aired yesterday evening.

Presented by the BBC’s rural affairs correspondent, Tom Heap, the Panorama special set out to find out if opponents to GM were “doing more harm than good” by rejecting “the new generation of GM foods winning over scientists and (former) critics”.

Those former critics – notably former Greenpeace director, Stephen Tindale, and environmental activist Mark Lynas – were given the most sympathetic treatment by the programme (Lynas being repeatedly referred to as ‘Mark’ by Heap), and the most coverage – together with GM scientist Jonathan Jones. GM opponents, including Helen Browning, Greenpeace chief scientist Doug Parr and organic farmer Farida Akhter, got considerably less air time, and points made by Parr and Akhter were bluntly challenged by Heap, adding to an apparent lack of editorial balance. 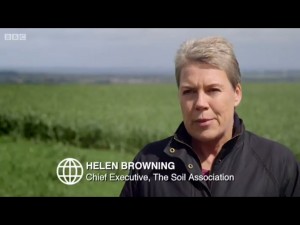 Commenting, Browning said: “The premise of the Panorama programme seems to be that while there may be problems with current GM crops, the next generation will bring social and environmental benefits. Yet we still have millions of acres of GM crops that are harming the environment, sprayed with a chemical that is now thought to be carcinogenic, and have not made any progress on maintaining consumer choice, labelling and liability for contamination of organic or non GM crops, this just feels like propaganda to gain public acceptance of a technology that is doing such damage, and for which there is no recall button.”

She added: “… the Soil Association is firmly committed to campaigning against GM and we hope we have struck some balance in what we think could be quite a pro-GM television feature.” 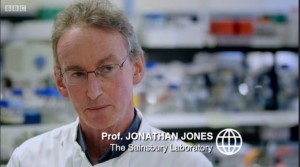 In the programme, professor Jonathan Jones of the Sainsbury Laboratory likened GM technology  to downloading an app to a smart phone. He said: “If you download an app you’ve got some added functionality on your smart phone. It’s hard to see how you could do anything dangerous by doing that.”