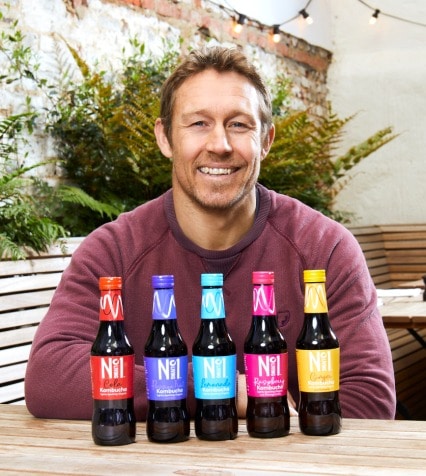 Jonny Wilkinson (pictured) has launched No.1 Living, a rebrand and extension of his original No.1 Kombucha range. With two new SKUs — Cola Kombucha and Lemonade Kombucha — the range is now certified organic.

Vivera has announced the introduction of its 100% fat-free vegan Bacon Pieces to the UK, initially exclusive to Sainsbury’s supermarkets.

Natures Plus newly launched Collagen Peptides contain the six major collagen types in a powder form for easy and quick absorption. The product offers 10g of collagen per scoop.

The Collective has launched a limited edition Piña Colada Gourmet Live Yoghurt, the first in its line-up of cocktail-inspired flavours that form part of its new Happy Hour campaign.

Sunflower Family has introduced a new Organic Sunflower Mince, a high protein meat-mince alternative that is made from 100% organic sunflower seeds and needs no pre-soaking.