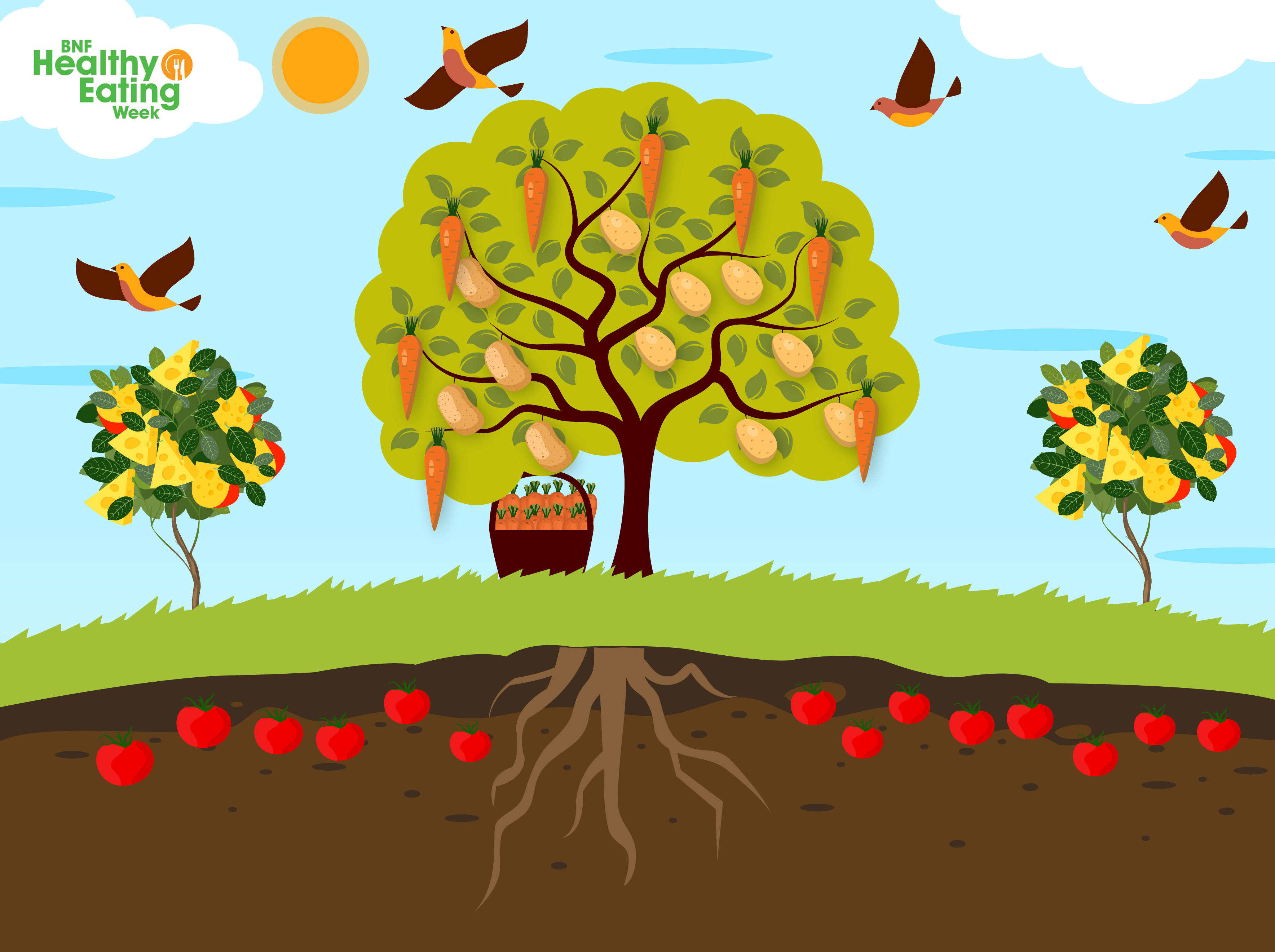 New research from the British Nutrition Foundation (BNF) has revealed that one in ten 14-16 year-olds in the UK say tomatoes grow underground, and a quarter of primary school children believe cheese comes from plants.

The research, conducted as part of the BNF’s annual Healthy Eating Week, surveyed over 5,000 school children aged 5 to 16 years-old, and found that more than one in ten (13%) 8-11 year-olds answered that pasta comes from an animal, and almost one fifth (18%) of 5 to 7 year-olds say that fish fingers are made of chicken. The survey also shows that one in ten 11-14 year-olds do not know that carrots and potatoes grow underground.

The Healthy Eating Week survey, one of the largest of its kind in the UK, reveals that 6% of 14 to 16 year-olds say that dairy cows produce eggs and 14% of 5 to 7 year-olds say that bacon is the produce of cows, sheep or chickens.

The survey also questioned Eatwell Guide food group knowledge of all age groups, with almost a quarter of 5 to 7 year-olds say that bananas, roast chicken, broccoli and wholegrain bread belong in the dairy and alternatives food group. A sixth of the same age group reported that bread, yoghurt, chocolate and salmon belong in the fruit and vegetables food group.

Children in the survey were asked to indicate where they source their information on healthy eating from. Over half (54%) of 11-14 year-olds use the Internet as a reliable source of information on healthy eating, and this increases to almost two thirds (64%) for the 14-16 age group. Schools are reported as the second biggest source of information for 14 – 16 year olds (51 percent), while almost two thirds (59%) of 11 to 14 year-olds rely on schools to provide them with the correct information.

“We can’t control what children access on the Internet and elsewhere but we can ensure that teachers are equipped with accurate information. However, research we conducted last year amongst primary school teachers showed that seven in ten of participating teachers had not undertaken any professional development in ‘food’ during the past two years,” says Roy Ballam, managing director and head of education at the British Nutrition Foundation.

“With no formal professional support provided to teachers centrally, schools and individual teachers take on the responsibility for interpreting and delivering the curriculum in their own way. This approach means that there is a risk of conflicting or misleading messaging being disseminated through schools across the UK. This, combined with the latest results of the survey showing that the Internet is one of the most popular sources of information for teenagers, means that it has never been more important for schools and teachers to be armed with the correct information so that children and young adults are able to decipher between fact and fake news.”

Despite knowing that they should aim to eat at least five-a-day, children still do not know what should be included in their five. The survey shows that 14 to 16 year-olds say that strawberry jam and boiled potatoes contribute to a person’s five-a-day while, on the positive side, eight in ten (82%) 11 to 14 year-olds know that dried fruit or vegetables count towards five-a-day.

“Schools and families can and should successfully work together to, in turn, educate children and then motivate them in their endeavours to make healthier choices. Furthermore, the links between physical activity, health and diet should be frequently highlighted by the government’s programmes. At the BNF, we would like to see food and nutrition education for teachers included in the government’s Obesity Plan to ensure that all teachers receive relevant training and have an understanding of the important role they play in supporting the health and wellbeing of children in their care,” concludes Ballam.