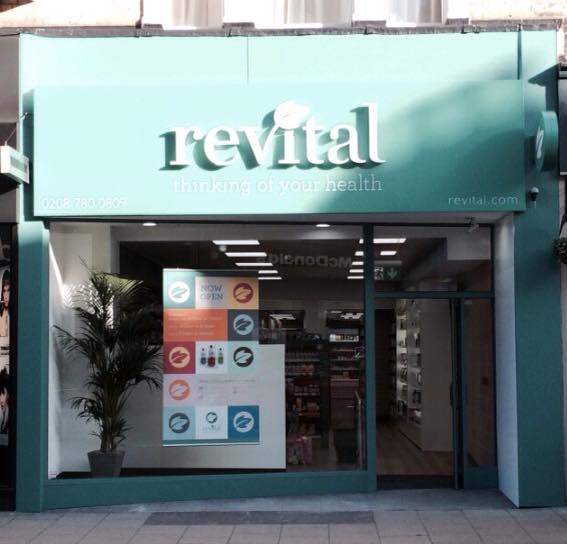 In a move that furthers its expansion and rebranding strategy, Revital Ltd has opened a new store in Putney – the first of its stores to open carrying its fresh new look.

The shop opened on 28 March with a soft launch which saw suppliers handing out samples to passers by on Putney High Street – a busy location in the heart of London. “The new store is right next to Marks & Spencer,” says company director Rahil Vora. “The good thing about this location is that it is very busy. There’s a tube station at each end of the street so the foot traffic down there is extremely busy – there are always lots of people up and down. Compared to our other stores it’s a very different kind of area – it’s up and coming. There are a lot of commuters so the busiest times at the store are mornings and evenings.”

The store is about 900sq ft which is smaller than the company’s other stores and the product mix is slightly different too. “For this area we’ve gone for half food,” explains Vora. “This is the first time we’ve put that much food in a store. One side of the store is supplements and the other half is pretty much all food – specialist foods like gluten-free and speciality foods. This is also our first store with no sports products at all. We’ve got a couple of natural and raw protein products but no sports nutrition brands at all. GNC has opened a concept store further down the road so we just wanted to steer clear of that.”

“This is the first store which has opened with our rebrand and it’s a completely different look to all our other stores – a complete refresh. We’ve already rolled the look out to the Victoria and Solihull stores and we’ll work through the rest slowly. We’ve had customers from our other stores coming to the new site and they are saying they wouldn’t have recognized it as the same company. We are very pleased – it’s a very good start.”

Even though it’s only been open a few days it’s been surprisingly busy, says Vora. “Usually, before people know what we sell, it takes a couple of days before it gets busy, but it’s being between two tube stations – it’s just all day footfall up and down the road. It’s a really good site.”

A new approach to staff training at the company has also played at important part of the expansion, adds Vora: “The manageress of this store was one of the first wave of staff that we trained up from another store. In the space of a year she’s gone from being a shop assistant to handling our new store, so the training has been really effective.”