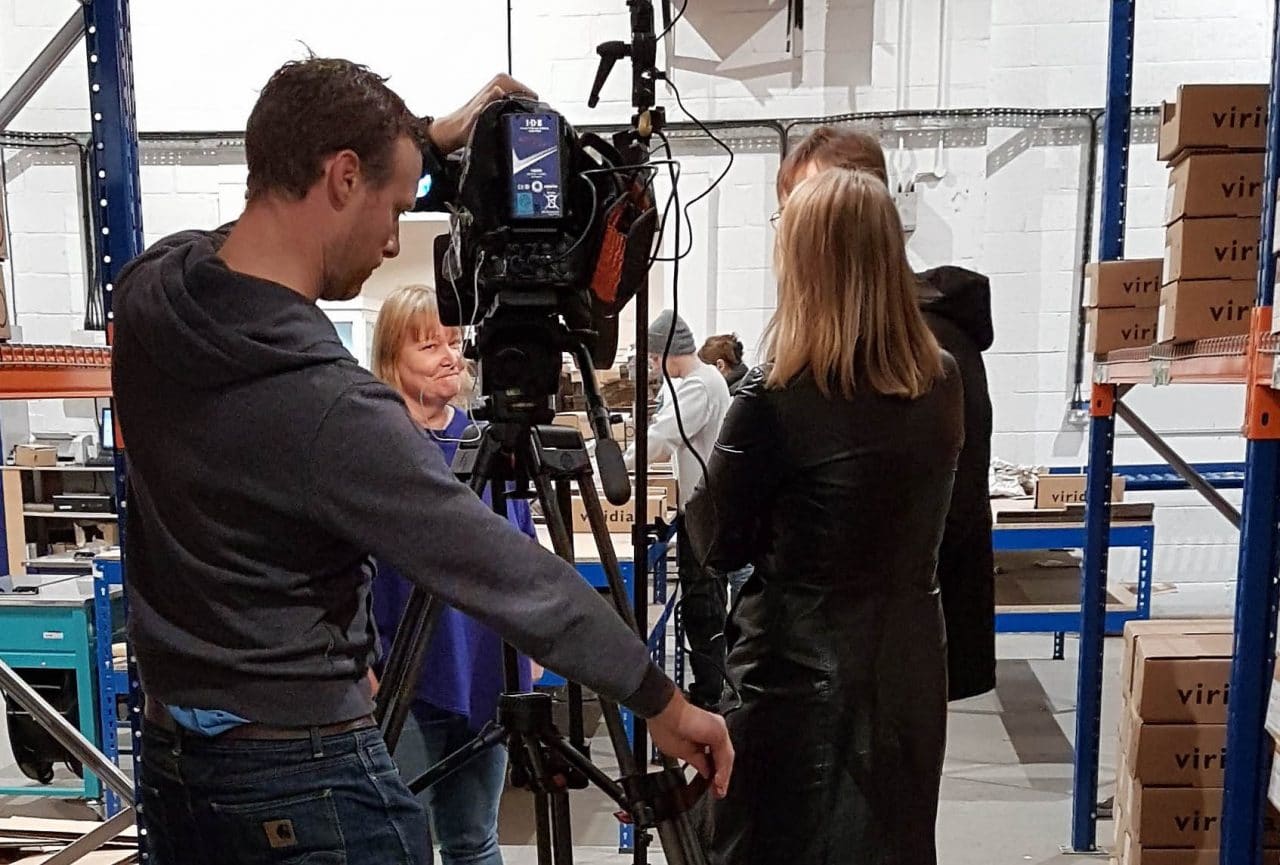 Viridian Nutrition MD Cheryl Thallon has told Channel 4 News that business has been booming at the Daventry-based company since the EU Referendum last June.

The company was taking part in a news report on the British Economy.

A Channel 4 TV crew spent several hours at Viridian’s headquarters filming the interview in the warehouse. It was aired later that evening on the network’s flagship 7pm news programme, on Thursday 5th January.

Thallon told the programme: “Brexit has had quite an impact on us, mainly because of changing currency rates. That’s meant that our overseas business has gone through the roof – we’ve seen 76% growth in export orders, while business overall is up 23%.”

“… 0verseas business has gone through the roof – we’ve seen 76% growth in export orders, while business overall is up 23%”

But she said that the weak pound meant the cost of many ingredients had been rising. “Some suppliers have come to us very quickly with price increases. We’re trying to sit on those costs and not pass them on yet. We’re hoping things will change and we’ll be able to maintain our current pricing strategy.”

The Viridian MD said that the “lack of a clear plan” from Government was worrying. “I’d like to see a plan that shows evidence of a strong understanding of what Brexit means for small businesses in the UK. I don’t see an exit strategy that is in any way clear.”

• Watch the Channel 4 item at https://www.channel4.com/news/brexit-effects-on-the-economy.