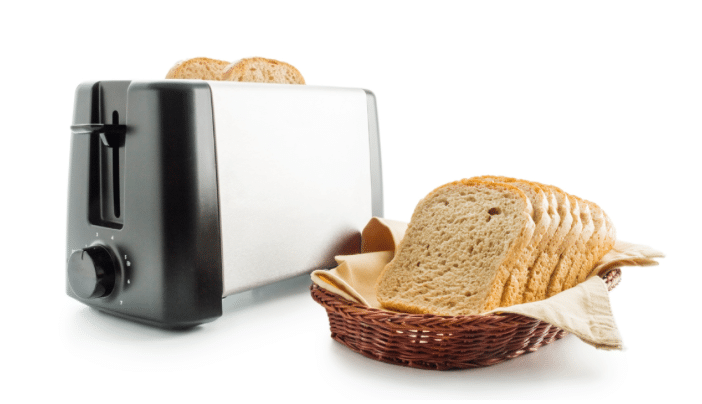 The food writer and campaigner Joanna Blythman has described the Food Standards Agency’s ‘go for gold’ campaign on acrylamide as a “fiasco” that distracts from the biggest exposure risk.

A number of scientific studies have identified acrylamide – a chemical produced by cooking food at high temperature – as a carcinogen in laboratory animals. One study conducted in Holland has suggested that acrylamide could increase cancer risks in humans. The FSA campaign – which warns consumers against eating burnt toast and ‘over crispy’ roast potatoes (hence ‘go for gold’) – was launched early this year in response to the growing body of research on acrylamide linking it to raised cancer risks. 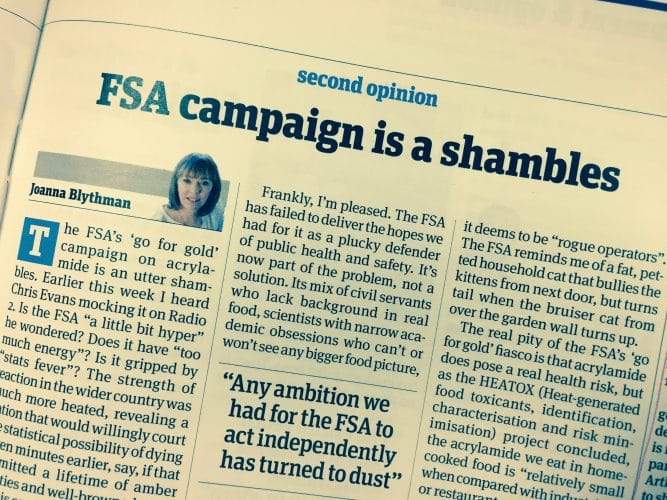 But in her Second Opinion column in The Grocer, Blythman says that the FSA’s campaign on acrylamide sidesteps the biggest risk of exposure to acrylamide – commercially processed foods.

Commenting on FSA assurances that “the processed food industry has changed its preparation methods to lower potential risk”, she writes: “How does it know this when manufacturers don’t have to measure, let alone report, their acrylamide levels?”

Picture: FSA picture guidance on the safe colour for toast (or ‘warm bread’ as some have called it)