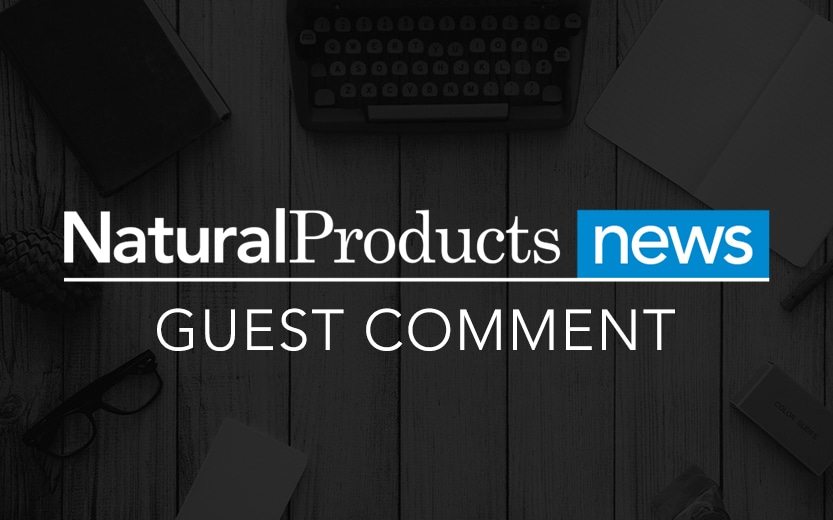 Following his acceptance of the Award for Responsible Capitalism, Riverford Organic founder Guy Singh-Watson explains why receiving the award gave him mixed feelings.

Last month, I was presented with the 18th Award for Responsible Capitalism, given annually by publishing group First. The decision to accept the award was a difficult one for me; irresponsible capitalism is the current norm, it is considered acceptable by many, and it’s an imminent threat to our planet and our civilisation.

It was my anger at humanity’s wasteful self-destruction under the guidance of capitalism that prompted me to take Riverford, the business I have spent my life building, into employee ownership last year. In the last 33 years, Riverford has gone from me growing vegetables alone on my parents’ tenanted farm in Devon, with just a wheelbarrow and a borrowed tractor, to a business with an annual turnover of £65 million. We pack and deliver a veg box every three seconds, and as many people now work in our IT team as in our fields.

My parents taught me to be useful, and to try to leave things better than I found them. For years I persuaded myself that capitalism could provide the necessary framework for being useful; that it ultimately served humanity’s needs, even if there was some pain along the way. Capitalism has unquestionably facilitated innovation and wealth creation, but it has come at extraordinary and rapidly accelerating costs to the planet and to people. Today, I have lost my faith in the capitalism we know. I no longer believe that the gains justify the pain.

With 12 years until runaway climate change becomes irreversible; with 75 per cent of insect biomass lost in the last 27 years; with fertile soils in crisis, and the sixth mass extinction underway; with life expectancy falling thanks to an over-processed diet being peddled for profit; with society torn apart by inequality; the time has come to ask: can we afford capitalism as we know it? Can a paradigm built on self-interest ever be responsible?

My understanding of the words ‘responsible’ and ‘capitalism’ would seem to suggest that they are incompatible.

Responsibility implies to take care of something; perhaps each other and our planet. Capitalism implies taking care of one thing: a narrow definition of capital that can be monetised and traded.

Responsibility requires a long view, sometimes hundreds of years. Capitalism is evermore impatient, with many new start-ups planning their exit before they’ve even created anything.

Capitalism provides more, for me, now. Responsibility would provide enough, for all, forever.

Capitalism has made it normal to destroy our future

We have created a system designed to make us behave irresponsibly – and then we abdicate personal responsibility for our actions with the excuses that we are just ‘following the rules’, ‘doing what others do’, or ‘being realistic’. Capitalism has made it both normal and acceptable to profit from destroying our collective future.

Stalin’s five-year plans for agriculture were not successful. I am not an advocate of communism. But the unchallenged hegemony that capitalism has assumed in society, its brutality and its wastefulness of our potential, makes me increasingly angry. I am infuriated by the assertion that there is no other option; that this system is an inevitable consequence of our fundamentally selfish, avaricious nature.

Capitalism is not a law of nature. Our society has chosen to be irresponsibly capitalist, or at least acquiesced to it. We can also choose to be different.

How to solve the problem?

Responsibility will not be driven by market forces. The market is too crude and clumsy to cope with the complexity of the problems we face. Nor will it be delivered by Corporate Social Responsibility-style tinkering at the edges; one only needs to look at the fossil fuel, tobacco, gambling or processed food industries to appreciate the genius of capitalist forces for denial, obfuscation and delay in the face of crises.

We will only solve the problem when those with power and wealth accept their responsibilities to the rest of humanity, changing their values and their behaviour. Responsibility for our collective future must underpin every decision, rather than being an afterthought at the end of a successful career, or a reluctant concession to protect brand value. It cannot be secondary to profit.

That is not to say that profit and responsibility are mutually exclusive. Some 30 years of employing people in widely varied roles have convinced me that poor employers who deny their employees’ humanity, treating them as automatons to be manipulated by crude appeals to self interest, only get about a third of their employees’ potential contribution. Imagine the potential to give and receive more – to have fulfilling and joyful work, to grow collectively and as individuals, to be part of the solution rather than the problem – if we can embrace and harness humanity at work.

Commercial success can still be achieved

I am no hippie. I have always preached the need for commercial success as the prerequisite for delivering a broader social and environmental mission. My frustration and anger arises from how capitalism wastes and negates humanity’s extraordinary abilities: our creativity, our desire to contribute, our potential for kindness.

There is no shortage of behavioural studies showing how poor and short-lived money is as a motivator. It is the preferred tool of lazy, unimaginative, emotionally-stunted managers; and there are so many of those that I wonder if some employers positively select for these characteristics at interview. Financial reward does need to be fair, but harnessing our innate desires for purpose, meaning, mastery, autonomy, healthy relationships – all the aspects of life that are harder to measure – can deliver commercial success alongside joy, personal growth, and collective responsibility.

I am aware that the changes I advocate will seem vague and perhaps unattainable to many, even if they agree in principle or sense there is truth in my assertions. Some of the more tangible changes that would nudge us closer to responsibility include:

To quote American poet Walt Whitman, we need to “re-examine all we have been told and dismiss what insults our souls.”

We need to make and execute decisions that we can explain to our grandchildren with pride. We need to find a way to be better versions of ourselves, and enable others to do the same.

So what have Riverford (and I) done? What steps have we taken on the path I advocate? How are we different, and why might I be deemed a more responsible capitalist?

For 30 years we have farmed organically, through thick and thin. I founded and funded a cooperative of organic farmers which has not just survived, but thrived. We have done more to understand and reduce our environmental impact than most. We have challenged popular perceptions even when our view was unpopular; whether on the benefits of biofuels, meat consumption, degradable plastic packaging, local always being best, or the dogmatic pursuit of convenience and choice. Mostly we have been right. Of course, there have also been a fair number of things I am less proud of.

The day we became employee owned was the happiest of my life. I felt I was making a difference; taking a step towards responsibility

I am guessing the action that led to this award  was that last year I passed Riverford on to our staff at a quarter of its market value, so it could become employee owned without saddling them in debt. Many people have asked why. To quote an 80-year-old neighbour who, while loading potatoes, told a younger and cockier version of myself: “There are no pockets in a shroud, Guy.” Only a fool would think that £24m would make you any happier than £6m. Sadly, there are a lot of fools… Or perhaps just a lot of people without the confidence to value the immeasurable.

The day we became employee owned was the happiest of my life. I felt I was making a difference; taking a step towards responsibility. On the day of the deal, we had a huge party. As dusk settled into the valley I had owned and farmed for most of my life, I realised it was no longer mine . There were newly landed co-owners around me also gazing across our fields, and I felt a huge swell of wellbeing. Such happiness and fulfilment are priceless.

As Scott, a newly-elected member of our co-owner council, put it: “We are creating a little piece of the world I have always wanted to live in.”