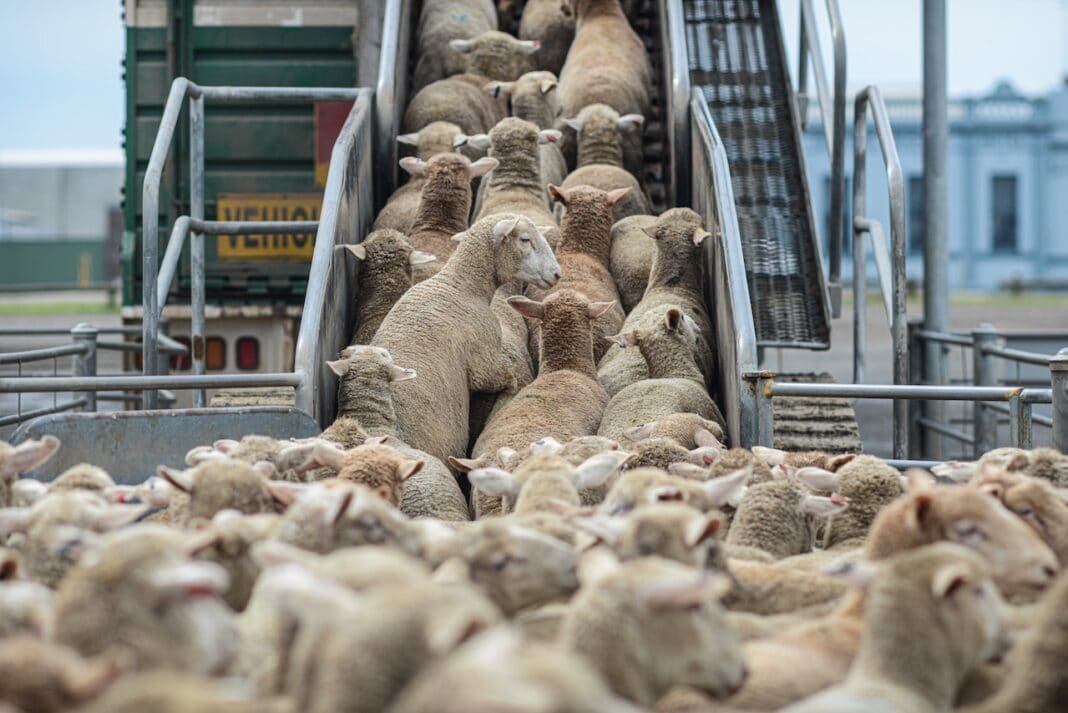 Ahead of the G7 Summit, due to be held in Cornwall, 11-13 June, International Trade Secretary Liz Truss says negotiators are ‘in a sprint’ to secure an agreement in principle for a trade deal with Australia.

Truss claims to be committed to ensuring that any such deal does not undercut British farmers with ‘unfair practices from elsewhere’ and says she is ‘absolutely confident’ that a deal with Australia will allow British farming to ‘thrive’.

Speaking today in the House of Commons, Trade Minister Greg Hands said British farmers should ‘be positive, not fearful’ about the proposed free trade deal with Australia, that meat injected with hormones would not be allowed into the UK, and he gave a ‘cast iron guarantee’ that high British standards would not be lowered.

But the cabinet is reportedly split on the potential deal, with senior ministers said to be in discussions over concerns about the impact of a zero-tariffs free-trade deal with Australia on UK farmers.

Cow and sheep farms are of particular concern to some farming unions which have warned of ‘irreversible damage’ to the industry.

In the event that an ‘unfavourable’ trade deal with Australia involves a gradual end to tariffs on Australian imports such as beef or lamb, farmers already struggling to adjust post-Brexit will be put under increased pressure. That’s the view of Joe Spencer, partner at MHA MacIntyre Hudson – part of a network of independent accountancy firms with specialist industry knowledge – who says ‘farmers are right to be wary’.

“UK farmers are increasingly being asked to offer protection for the environment, while the Government is withdrawing support to them at the same time. Unfavourable trade deals … will only add more pressure to the sector which is working hard to move in one direction while, one might suggest, having the rug pulled out from under it at the same time.

“Farmers are right to be wary. Trade deals of the sort the Government is trying to negotiate with Australia offer few advantages to the sector and maybe only small benefits to consumers (in terms of lower prices). The sector (and the general public) will be paying close attention to the way these trade deals ensure food safety and livestock welfare standards.

“The good news for the sector though is that, overall, the deal with Australia – should it go ahead – will likely have minimal impact. Australia’s export markets are in Asia, and with the growth of the middle class in China an avalanche of cheaper imports is unlikely to find its way to the UK. The bad news is that the deal probably won’t benefit UK producers much through increased access to the Australian market.

“However, even if the Australian deal considered in isolation will not be a huge problem it is part and parcel of a series of pressures farmers are now facing, many caused by government policy. We know the changes to direct financial support following Brexit and the transition to the UK Agricultural Policy will impact the bottom line for many producers, so further pressure on prices from trade deals (as the Government hopes for more) will not offer farmers the opportunity to grow and reinvest.”

Commenting from the Soil Association, director of policy and strategy Jo Lewis says: “We urge the Government to uphold their manifesto commitments to British citizens and farmers or risk irreversible damage to British food and farming.

“The Soil Association stands by UK farmers who are calling for reassurances that a zero-tariff deal is tempered with protection and guarantees for our unique agricultural sector and a desire to ensure that it does not stifle the momentum we have gained in moving towards more sustainable farming practices.

“The Prime Minister has repeatedly spoken of his support for UK farming and that he is justly proud of our position as a global leader on sustainable agriculture and animal welfare. The agricultural sector here is hugely different to that in Australia and it is vital that the Government stands firm on their commitments and the principles which uphold the UK’s high standards on farming, food safety, animal welfare standards and the environment.

“This is particularly pertinent as we prepare to host the COP26 climate summit. The Government can demonstrate its ambition to lead on climate change by recognizing the significant contribution that shifting towards more sustainable food production can make in addressing the climate crisis.”