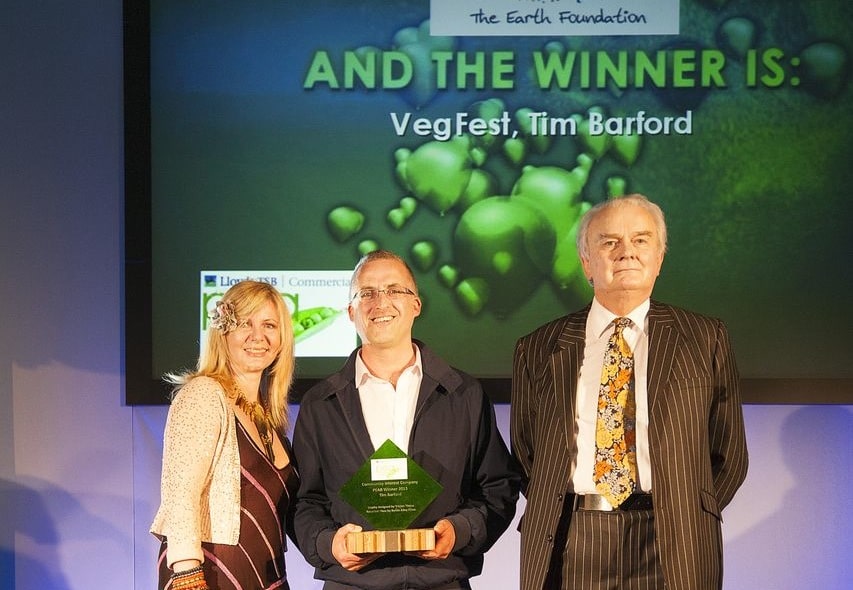 Tim Barford was awarded the Working in the Community honour. Sponsored by The Earth Foundation, this award recognises an individual or a team for outstanding community work within an environmentally conscious activity.

An elated Barfod said of the award: “VegfestUK was awarded first place in the Working in the Community category and I am thrilled to accept it as I lead our festival though its tenth year. Our shows have all been 100% vegan, showcasing the best of a plant-based lifestyle to an ever-curious public over the last decade.  I would like to send heartfelt thanks to our supporters, especially all the people who have believed in the validity of the vegan lifestyle as a genuine green option. I would like to dedicate the award to the memory of our vegan forerunners such as Donald Watson and Arthur Ling. I’m certain they would be delighted to know a vegan festival has won a major award in 2013!”

The People and Environment Achievement Business Awards (PEABs) celebrate the many ways in which green initiatives can be good for business, as well as the planet. The awards showcase the excellence and innovation demonstrated by an individual or team within an organisation making genuine and effective contributions to the “greening” of UK businesses.