The long-anticipated UK tax on sugar has come into force, making it compulsory from today onwards for manufacturers to a pay a levy on any high-sugar drinks they sell.

The introduction of the levy brings the UK in line with a number of other countries, including France, Norway and Mexico, which have already introduced similar taxes.

The levy means that manufacturers of drinks containing more than 8g of sugar per 100ml will face a tax rate equivalent of 24p per litre; whether that levy is passed on to consumers is at the discretion of the manufacturer itself.

In a bid to become exempt from the tax, some leading mainstream brands and many of their natural counterparts have reduced the sugar content of their drinks. 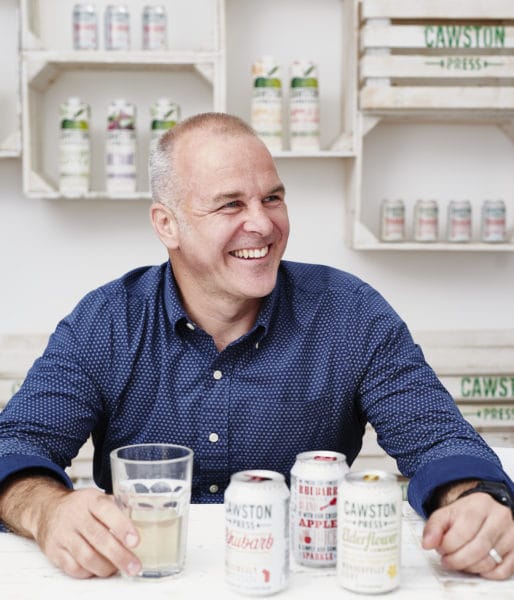 Cawston Press tells NPN it has taken this as an opportunity to re-evaluate the ingredients which sweeten its sparkling drinks, to ‘restore a good name for fizzy drinks’. The brand says that despite rising fruit prices generated by late frosts and poor harvests, its canned drinks will now be sweetened solely by pressed fruit juice; a move it says is ‘bucking the common industry reformulation methods’.

Having historically used only small quantities of sugar to sweeten tart flavours such as rhubarb, Edwina Bagge, brand manager, explains that this change in production of Cawston Press drinks will only mean a ‘slight’ increase in costs to consumers, with the brand having ‘taken the main hit’ and absorbed the majority of the financial impact.

Steve Kearns, managing director, says in some cases the fruit juice content will be increased ‘by up to four times per recipe’. “For a small company like ours, that’s an enormous investment … It’s a small price to pay to know we’re bringing the best quality, best tasting drinks to the market,” he says.

“Artificial sweeteners just aren’t us … It seems a shame that despite many sectors in food and drink moving forward, for the most part soft drinks are still stuck in a time warp. We are proud to be doing things differently and showing the rest of the industry how it should be done,” Kearns continues.

Jerome Jacob, founder of PHROOTI Water, adds his prediction that the levy will ‘prove beneficial for everyone’. “It will likely bring about more choice for customers as the bigger brands fight to develop new, lower sugar drinks. Something needs to be done about the huge amounts of sugar we consume and this is a first step towards change. I for one hope it helps dissuade people from drinking so many sugar-laden drinks.”

Coinciding with the introduction of the tax, Mintel has published new findings which show that 47% of Brits say a tax on unhealthy food and drinks would encourage them to reduce their consumption of these items. The research also shows that low sugar content ‘stands out as the single most important factor’ for Brits who are seeking a healthy diet; 48% of respondents prioritize reducing their sugar intake over ‘five-a-day’ claims.