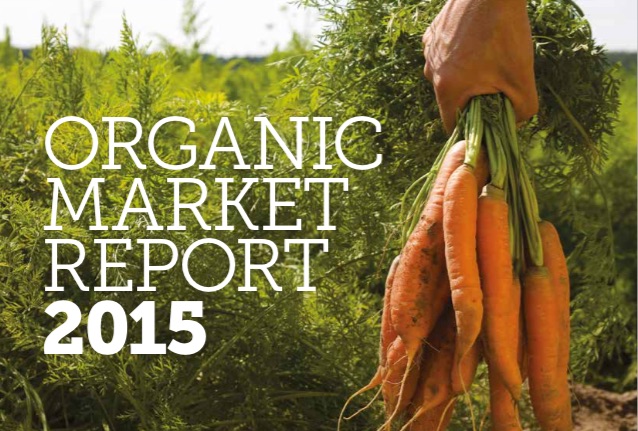 Leading organic businesses expect the organic market to grow steadily through 2015 with the prospect that sales will break through the £2 billion barrier in 2016.*

According to surveys conducted in early 2015 by the Soil Association, 76% of wholesalers, 67% of independent retailers and 63% of leading organic brands anticipate increased sales in 2015.

The picture for the major multiples is more mixed, reflecting in part the mixed year these retailers have had. Price pressure reducing the broader market’s focus on price is a key factor but the Soil Association also identifies a “conscious deprioritisation of organic” by some retailers. The prediction here is that the growth rates for organic products in the mass channel will be closer to the 2.2% rate reported in 2014.

Overall, the organic charity says the prospects for building sustainable growth in the organic market are bright. It says consumer commitment to organic is growing and that more shoppers are turning to specialist retailers for a greater depth of range. All of the larger specialist natural food retailers – Planet Organic, Whole Foods Market and As Nature Intended achieved double-digit growth in 2014, with Whole Foods Market reporting 24% sales growth across its nine UK stores.

A key contributor to the growth prospects is the high level of innovation in the UK organic market, both at the product and farming levels. Organic businesses surveyed for the Soil Association report cited innovation as the single biggest factor in their own growth, apart from increased consumer demand.

The Soil Association says that every part of the supply chain has a part to play in supporting the continuing growth. It says retailers can help by expanding and promoting their organic ranges and improving availability, while brands need to be invest in marketing campaigns that strengthen awareness of organic benefits, such as the Organic Trade Board’s ‘Organic, Naturally Different’ campaign. Policy makers can open up the £2.4 billion pubic procurement market to more sustainable sourcing through the Food For Life Catering Mark scheme. And consumers can play their part by supporting local organic farmers and retailers and making use of the now extensive organic choices online. 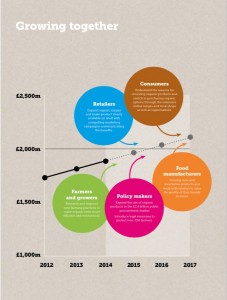 If all these parties can help grow the market together, and the current growth trajectory is maintained, organic food sales will break through the £2 billion barrier during 2016 the Soil Association predicts.