Home Food and Drink UK organics face being shut out of EU markets in event of...
Facebook
Twitter
WhatsApp
Linkedin 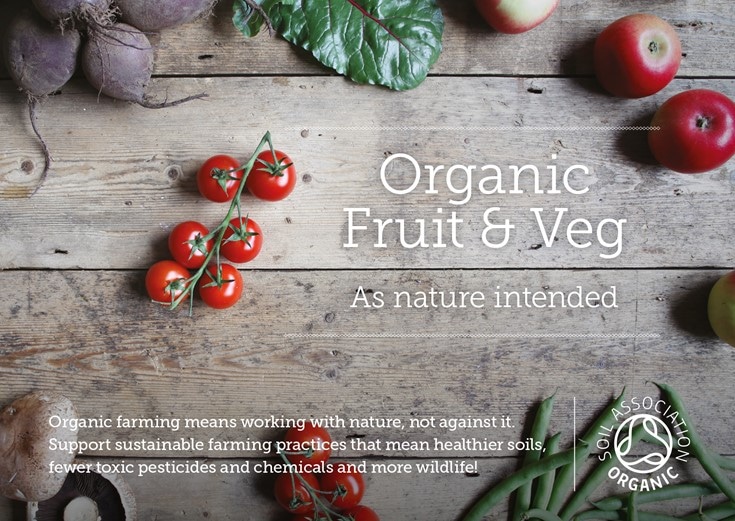 UK organic producers face being banned from exporting to EU countries for nine months in the event of a no-deal Brexit, the Food and Drink Federation (FDF) warned today.

Responding to the publication by the Government of a set of ‘no-deal’ Technical Notices, FDF chief executive, Ian Wright CBE, says:

“The Government’s laudable decision to publish these Technical Notices nevertheless confirms what a grisly prospect for UK food and drink a no-deal exit from the EU would be. There is no sign of further progress on negotiating frameworks with the devolved administrations. There is no substantive information on mitigating the effect of ‘no deal’ on the island of Ireland, where the implications would be most significant.

“Specifically for food, today’s notice about organic food certification makes clear that UK organic exporters may face a ban on their exports to the EU for at least nine months after a no-deal exit, while new approvals for certification are sought. These issues apply far more widely than just to organic food – any UK food that currently displays EU marks or logos will be in the same boat.

“Moreover, the UK food industry will doubt that the Government could replace TRACES (the EU Trade Control and Expert System that tracks the entire trade and certification process for animals, food, feed and plants) with a new, comprehensive, functional UK alternative IT system in time for the end of March.

“The new burdens potentially facing food and drink exporters and importers set out today will frighten many SME food businesses.

“The piecemeal release of these notices indicates that many are not yet ready and agreed for publication. That hardly inspires confidence. As the consequences of a no-deal exit from the EU become ever clearer it is vital that, to protect the interests of shoppers and consumers, the Government must deliver a deal with the EU.”

Worst possible scenario
Chris Atkinson, the Soil Association’s head of standards, said: “Frictionless trade with the EU is critically important for the food and farming sector. It’s vitally important the UK remains in the customs union and stays aligned with EU standards on food and environment as a minimum. A no-deal Brexit is the worst possible scenario. The technical notices published today (23 August 2018) offer no further clarity to businesses and provide neither reassurance nor advice on how to prepare for a potential ‘no deal’ scenario. They confirm the scale of the challenge we face and the vital importance that the UK achieves a workable deal with the EU.”

A no deal Brexit is the worst possible scenario

He added: “The information outlined raises concerns that imports and exports to and from the EU may be held up for months.  The critical issue of continuing recognition by the EU of the organic status of products certified in the UK is left entirely unresolved by this paper and a similar document that was issued by the EU some months ago. We are also concerned that a new UK-owned imports traceability system to replace the current EU system would need to be in place by 29 March 2019. In our view this is an unrealistic goal within the time frame. Delays could significantly hinder trade.

“The EU is the UK’s closest, largest and most important trading partner, therefore ensuring effective trade with the EU should be the immediate priority over trade deals with other countries. Such deals pose potential risks, particularly to UK food and farming, partly due to the risks of allowing food of lower production standards to enter the UK.  Irrespective of what form Brexit eventually takes, there is serious concern that UK farming will also lose the ring-fenced budget for farm payments that all other EU countries will continue to enjoy.”